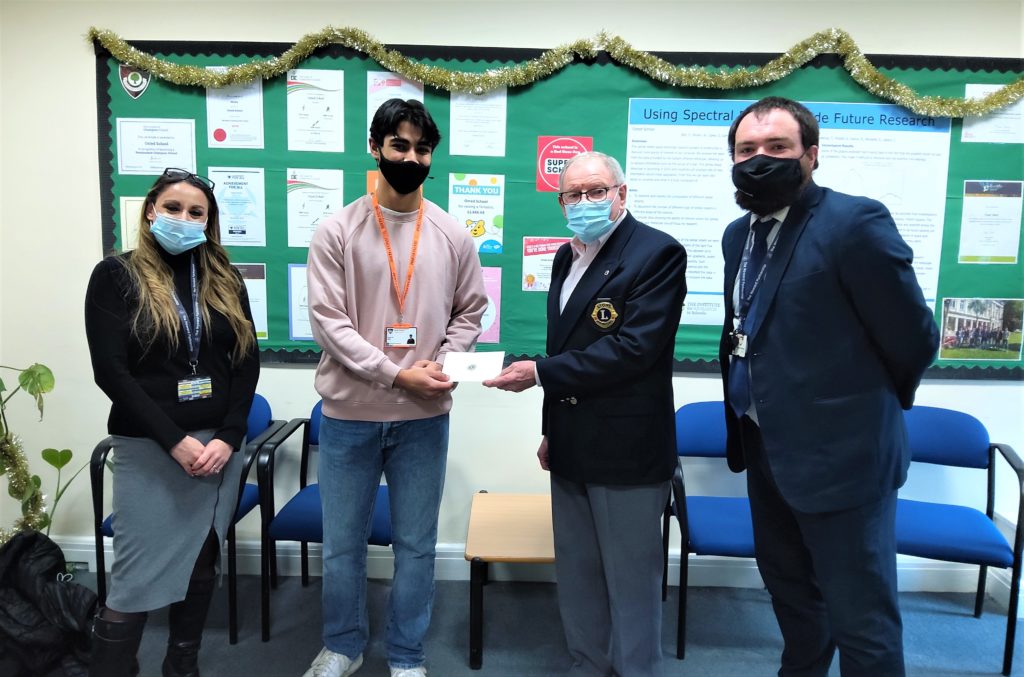 2020 was a very different year to the previous 30 years of the Club’s Santa Float but it still managed to do all but one of its scheduled visits. It seemed greatly appreciated and also turned out to be a somewhat successful fundraiser! Although takings were expectedly well down on previous year’s the Club collected over £1200 which will go to local good causes. Most important to members was the pleasure that it brought to little ones and very often to Mums and Dads as well. It was a joy to see the number of people, that turned out to wave as Santa went past. One area in particular was quite outstanding. That was Knights Way in Godstone. When the float turned into the Way parents and enthusiastic, happy children were already lining the roadside waiting for Santa. As in other locations it was joyful and very uplifting at this very difficult time.

Another happy but very different occasion was the presentation of the Arthur Sambles Bursary Award which is given each year to an outstanding maths student at Oxted School. The prize, a book token to the value of £100, is given in memory of the late Arthur Sambles who was a member of Caterham Oxted and Godstone Lions and who was a mathematician. Although later in the year than usual, Lion President Tony Gordon went to the school to present the cheque to Daniel Mir who is hoping to take his A Level Maths this year.

Although the Club cannot meet, it holds its monthly meetings on Zoom and still aims to help those in need. It may not seem to be the right time to join a club like the Lions but anyone interested in doing so can call Tony Carter on 01883 741809. He would be happy to hear from you.